Back after an extended sabatical to get a handle on a foot problem which prevented me from making my usual rounds with the camera. So a bit of color catchup is in order.

This is a “Texas Star,” originally from Mexico. These are one day wonders. When the sun sets, the flowers drops off. Rather invasive if not controlled, they are to say the least, an eye popper.

A baby blue or as my wife insists on calling them, Carolina Blues.  Once upon a time, these would ripen to a deep blue (Not quite Duke blue) but for the past few summers, they stop at pale blue.  The PH of the soil determines color so obviously something is going on with the soil.  No complaints from my wife, however.

I always think of the Sammy Turner song from the late 50’s “Lavender Blue” when this Hydrangea pops out in color in the early summer.  It reipens to a rather light purple.

An Evening Primrose.  A prolific bloomer which is a good thing because it drops it flowers at sunset and opens new blooms at sunrise the next morning.

Van Gogh Sunflowers in the field. I’ve never met a living soul who doesn’t swoon over these….they really are the flower of summer.

Thanks for the look (s) and stay safe.  See you next time.

Need I say my wife worked at the University of North Carolina Medical Center.  All taken with Sony a7 Mark III using a 24-105 f/4 G OSS Lens.  Thanks for the view and stay safe.  See you next time.

The Hydrangeas have begun their bloom cycle on the farm and, as always, the Blue Blooms are the first to take center stage. It’s an interesting process to watch as the bright yellows slowly morph to Blue..

Waiting in the wings, are the Purple Hydrangeas which are already forming their blooms.  As we get into Summer, the PG Hydrangeas with their giant white snowball blooms will be their grand entrance.  I always think of the Hydrangeas as the opening act for the Sunflowers which usually show their bright faces in late June and bloom on into July.  These were taken with a Sony a7 Mark III and a Sony 90 mm, f/2.8 G macro lens.   Thanks for the look. Stay safe.  See you next time.

The reddish orange grass you see is Is Wild Sorrel, or as it most popularly called, “Sour Grass.”  It has a very sour taste to it. Field workers used to suck on a sprig while they worked because it quinched their thirst.  The Yellow blooms which look like “Butter Cups” is Wild Portulaca.  Almost crowded out by the previously mentioned are springs of Blue Lupine.  This bonanza of wild color will soon be replaced by the traditional farm crops here, Soybeans, Cotton, Corn and Tobacco. On this farm, we grow Sunflowers.  As I write this, the tractors are about to plant the Sunflower seeds.  Something to look foward to when Summer arrives.   Thanks for visiting and above all, stay safe.  See you next time.

With the rush of Sping blooms now paused (I’m waiting on our hydrangeas to fill the color void) my photography has turned to processing photographs taken last summer that were put on the back burner, so to speak.  I always shoot everything in the RAW “format” and I save everything.  Yes, it takes up a lot of external drive space but storage is quite cheap these days. And those unprocessed RAW files give me something to fool around with on rainy days.  Who knew a virus was going to lock us up in our own homes?  So this past week, I finally got around to processing photographs taken along the Outer Banks of North Carolina, which is only 45 minutes from our farm.  I’m not a landowner on the Outer Banks so I have no right of access right now.  So near and yet so far!  Anyway, about the pictures: I’m only about a third of the way through this particular batch but quite a few keepers have turned up.

I’ve been shooting mirrorless for about a year now.  These were all taken with a Sony a7r Mark III and a Carl Zeiss 16-35 mm f/4 G lens.  At 75, I appreciate the saved weight of the Sony rig.  It makes a difference when you’re trudging though sand and dunes for hours on end.  Oh, how I miss those days!   I hear the Southern Outer Banks is opening up again to visitors, with strict restrictions, in a couple of weeks.  My visits are limited to the time just before dawn and just after sunrise so there’s not a lot of risk violating the social distancing rules.  Something to look forward to, perhaps.  But, if not, there are always files waiting to be processed and memories to be preserved.

Stay safe my friends. Far as we know, we only get to go around once in this life, so reach for the gusto, just be smart about it!  See you next time.

The Azaleas handed off the baton to the Rhododendrons this week, continuing the Spring Bloom Parade.

While it’s always a joy to see these each Spring, it’s also a bit sad because here, at least, this marks the end of Spring. May usually brings a preview of the high heat of Summer.  One bright spot. June and July mark the annual sunflower season. Sony a7 90mm f2.8 Sony G Lens, Sony a7 Mark III 24-105mm f/4 Sony G Lens.

Thanks for your eyes.  Stay Safe, Be Well.  See you next time.

It was very cold that morning and the wind off the ocean was fierce, but the pastel colors in the sky made it all worthwhile. This was in mid-february before the stay at home order was issued.

As for the hardware: Sony a7rIII, Sony 24-105mm f/4 lens.  A bit pricey but very sharp with little fall off throughout the range.  Thank you for the visit.  Stay safe, be well!

.   I hope you are well and not going stir crazy holed up in your house or apartment or wherever.  Unlike many, I have been out with my cameras.  I’m fortunate to live on a farm which is quite isolated. Often, the only people I see from week to week are the package delivery people.  And its a great time of year to get outdoors.  Here, its a virtual blast of color.

Snow in Southeastern North Carolina is a rare occurance .  Our last brush with it, a mere powdering compared to the recent 4 1/2 inches, was about five or six years ago.  The Northern Cardinals seen here, are all, as best I can determine,   year round residents.  They seem rather non-plussed by the storm, no doubt enticed to hang around in the cold by the by extra rations of black oil sunflower seeds liberally spread around under the tree.

It was my first outing in the snow with the Sony Mirrorless Cameras I switched to over the previous year; a Sony a7 Mark III and a Sony a7R Mark III.  These photographs were all taken with the Sony a7III coupled to a Sony FE f/4.5-5.6 70- 300mm G OSS (for optical steady shot) lens.   I had read several reviews of this lens which made me leery of its sharpness particularly in the corners,  but several other Sony shooters who have this lens assured me otherwise.  I was quite pleased with it. Focus is quite fast, ie, no hunting and Sony’s Optical Steady Shot lived up to expectations.  The sharpness of the lens speaks for itself.  It was a welcome change.  The Sony a7’s are light as a feather compared to the huge dslr’s  and monster telephoto lens I’ve lugged around for years.   As for the snow, by the next morning, it was pretty much gone.  My kind of snowstorm.  Thanks for the look and have a nice week ahead.  See you next time.

After three days of near 80 degree weather , winter decided to make an appearance,  dropping between 4 and 5 inches of very wet and heavy snow; enough to cover up the sprawling grittiness with an, albeit temporary,  pristine whiteness.

I can’t speak to “Smart” Phones, I do not own one; but SLRs I have owned do not replicate the correct white balance for shooting  snow scenes. Their “memory” wants to give it an overly blue or gray tint.  The only way I have found to fix it prior to post processing is to take a custom white balance reading directly from the snow on the ground. In other words, take charge of your camera.  All of the above were taken with a Sony a7III camera fitted with a Sony 24-105MM f/4 lens, using custom white balance.  No filters.  Thanks for your visit and Happy Shooting. Spring, or should I say, Summer is coming.  See you next time. 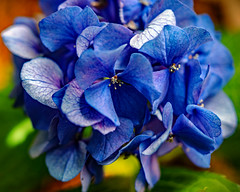 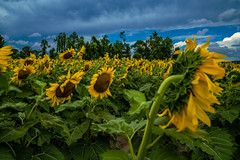 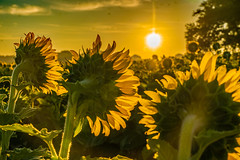 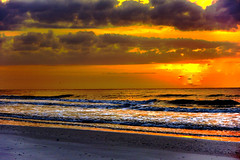